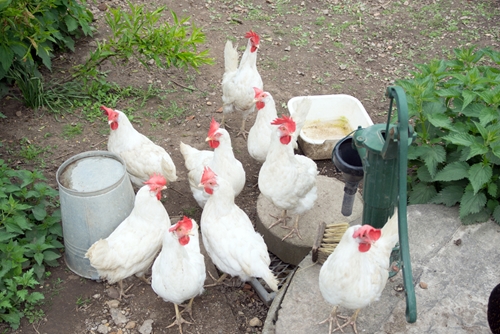 After the United States experienced the worst outbreak of avian flu in American history in 2015, the industry is looking to better protect itself this time around. Here's what you need to know.

Looking back on the issues with 2015
The Northern Midwest, the heart of the American poultry industry, was hit the hardest by the virus strain also known as the bird flu. A combination of lack of know-how, absence of proper procedures and tight quarters led to the depopulation of 48.1 million chickens, turkeys and birds alike, Fortune magazine reported.

The bird flu, also known as H5N2, can be contracted by all types of livestock and humans depending on the strain, though birds have been identified as the predominant natural carrier, The Poultry Site reported. Because the avian flu spreads through the air, many farmers and visitors were bringing it from flock to flock without realizing they even had it. This led to the quick spread of the influenza.

Avian flu affects the entire supply chain, partly because chickens have such a restricted lifecycle. With pullets not laying eggs until at least 16 weeks old, the wiping out of entire colonies can have detrimental effects. One clearly visible result was that egg prices increased by 80 percent, according to Fortune. This hike hits low-income families the hardest, as eggs are a major—and affordable—source of protein. On the other side of things, farmers can lose entire operations in the blink of an eye due to depopulation, which could possibly send many into bankruptcy.

The entire U.S. is hoping to avoid another catastrophic influenza outbreak, but it can't do it without the help of farmers and ordinary citizens alike. Most importantly—hunters and those with backyard farms must heed the warnings of the industry and take extra care in preventing the spread of the disease.

How you can help
At least part of the quick spread of the influenza can be attributed to lack of knowledge. Those not intimately familiar with how the avian flu presents itself won't understand exactly what they're dealing with, and therefore don't intervene quickly enough to stop it. Here are a few characteristics to watch for in your poultry livestock:

If you see any of the above symptoms, it's imperative you call in the findings to the U.S. Department of Agriculture (USDA) for instructions on how to proceed.

This year experts are asking for strict adherence to a rule that prohibits people from traveling from one farm with poultry livestock to another within a 72-hour window, as well as for visitors to make sure they aren't wearing any clothes that could have come in touch with a flock and to stay ultra clean. Many farms are placing cleaning stations at the beginning of the driveway that you must make use of.

Since the disease spreads in the air, Jim Roth, director of the Center for Food Security and Public Health at Iowa State University, told Forbes that many farms—especially those that keep a tight, strict ecosystem—will have to review the ventilation systems and the way air flows through the farm in an effort to shore up any loose ends. These passages became unexpected vulnerabilities that contributed to the fast-moving influenza's transmission.

While many regulations focus on farmers, it's important that hunters and backyard farmers do their fair share of work to try and stem the spread of the avian flu. Hunters are asked to check all fowl they shoot for signs of the disease, while those with smaller farms are expected to share information on the signs of the avian flu with associates, as well as contact the USDA if they find it in their flock.

Working together we can all prevent another catastrophic outbreak of avian flu—here's to a happy and healthy new year.