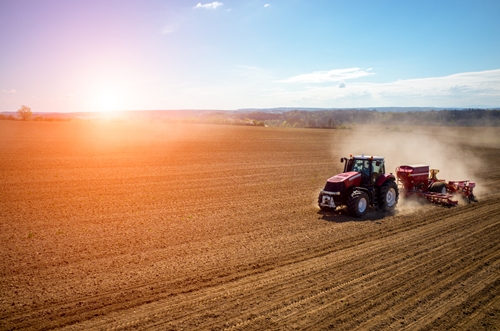 In a day and age where fake news has taken over the media, some fictions are commonly misrepresented as facts.

It comes as no surprise that genetically modified organisms have been subject to rumors—people often question what doesn’t make immediate sense. The truth is, GMOs aren’t part of some greater conspiracy. In fact, GMOs are simply the results of society transforming before our very eyes.

Staving off starvation
The most important thing to realize when it comes to food is that the consumer is at the heart of all change. This means preferences actually drive what sells, and what doesn’t. As a result, roughly one-third of the world’s food—enough to feed 2 billion people—is just thrown away, according to National Geographic. The real question is, why does perfectly edible food end up in the trash?

Picture a banana in your mind: It’s bright yellow, long and is curved like a crescent, right? Now compare the banana you imagined to a shorter one with brown spots all over. Which one would you purchase?

The preconceived notion of food is that it has only one uniform shape and size—anything else isn’t acceptable. Consciously or sub-consciously, many shoppers avoid ugly-looking fruits and vegetables, which is why the majority of farmers don’t even pick them. In fact, the Food and Agriculture Association estimated that $162 billion worth of food is wasted just in the United States alone each year due to this phenomenon.

There are 800 million people around the world currently classified as chronically malnourished, according to the United Nations. The overwhelming majority reside in developing nations, where food is commonly improperly stored, creating a continuous cycle of accidental food waste.

GMOs have emerged as an answer for both third-world and developed nations, as they hit three vital characteristics:

The world’s population has exploded and without GMOs, there simply wouldn’t be enough food to feed everybody. The underlying purpose of genetically modified food is to make food a more sustainable commodity for worldwide consumption—a change in strategy that was required by consumer habits. It’s entirely likely that without GMOs, there would be far more than the 10 to 20 million starving people that currently live in developing countries.

Dispelling the myths
Out of all the things that have been said about GMOs, perhaps the most damaging is the myth they’re dangerous for human consumption. To dispel this, researchers at the University of California Davis studied the effects of GMOs on 100 billion farm animals. The authors found that switching the livestock from non-GMO feed to a GMO-based diet had zero effect on their health.

These findings discredit the point that genetically modified foods are always laced with insecticides and, therefore, automatically harmful. When prepared for consumption, the pesticide is cleaned from the foods—and without them, insects would destroy high volumes of crop yields, making farming unsustainable in many places.

“GMOs are the result of meeting the pinnacle of science.”

Because GMOs aren’t harmful to humans, this same research would also discredit the portion of the population asking for these particular foods to be labeled or even banned from stores. One would think that if GMOs presented any type of threat to the health of human beings, the Food and Drug Administration wouldn’t let grocery stores sell them.

Lastly, many don’t realize that genetically modified foods have been around for thousands of years under the moniker of cross-breeding, according to The Washington Post. What worries people nowadays is that science and technology is involved in the process, but that only adds an extra layer of safety. The level of precision allows scientists to pluck out the genes they want and engineer the food in such a way that it becomes a more bountiful crop while staying safe to eat. GMOs are, in a sense, created much in the same way modern medicine is.

Ultimately, everyone will always have an opinion about GMOs—but whether that argument holds weight is a different story. It’s clear that without genetically modified foods, there would be far more starving people across the world. Crop yields wouldn’t be large enough, or have a long enough shelf life, to sustain the amount of people it needs to feed and the distance it has to travel.