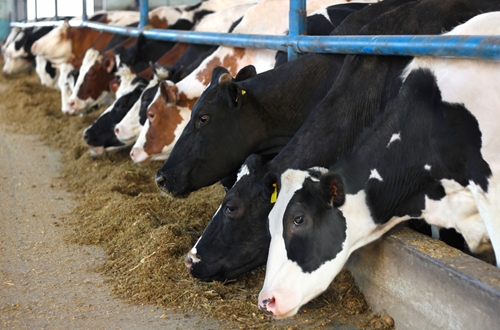 The national discussion around the treatment of farm animals is more active than ever. But when it comes to dairy cows, do you know the whole story?

When you're making any important decision in your life, such as going vegan, you should always have all the facts at your disposal. Here are some things you should know about dairy cow welfare:

1. Lots of milk from happy cows
When it comes to how cows are treated, one thing should be known—it's in farmers' best interests to keep their cows happy. Cows produce more milk when they are pleasant and content with their living conditions.

Many farmers treat their livestock like family; they certainly spend enough time with them. Cows are usually milked three times per day, and Umpqua Dairy reported that while it once took one hour to milk six cows, farmers can get through 100 now in the same time with the help of modern equipment.

2. Cows eat well
What's the secret behind cattle producing three times more milk now than in the 1960s? Surprisingly enough, their diet. According to Umpqua, although the 11 million cows in the U.S. are just half of what there were in the '60s, farmers get the most out of them.

This is because ranchers use specific, scientifically formulated diets to feed their herd. By employing health nutritionists, farmers can keep their cows happy, healthy and producing a lot of milk—57.5 billion quarts each year, in fact.

3. Pods become families
It's true that calves are taken from their mothers when they're born. But as Midwest Dairy reported, this is only to protect the calf. Cows' immune systems take time to develop, so farmers separate them into individual pens to stop any transmission of germs. This gives them time to develop their immune systems without having to fight any illnesses.

Furthermore, farmers still feed calves colostrum, the milk produced after a mother cow gives birth. This furthers the young cows' development by giving them protein and antibodies. After the calves reach a certain age, they're then placed into pods, which become like family—just as any dogs, cats or human beings would develop a strong connection with their adopted family.

4. Space to roam
Many people confuse beef farms with dairy farms, but the two are actually far from alike. While the former may keep their livestock in close captivity, this couldn't be further from the truth for dairy cows.

A growing number of farms employ the freestall housing tactic, which gives cattle the freedom to move around, explore and eat whenever they want. Much like we have fast food, cows can access their feed alley 24 hours a day, seven days a week. Midwest Dairy reported that even when cattle are kept indoors, the barn is designed to allow for improved air flow and quality, as well as access to sunlight.

It's always important to know the facts about what you eat—and where it came from. The good news is that farmers treat their dairy cows as family and wouldn't have it any other way.