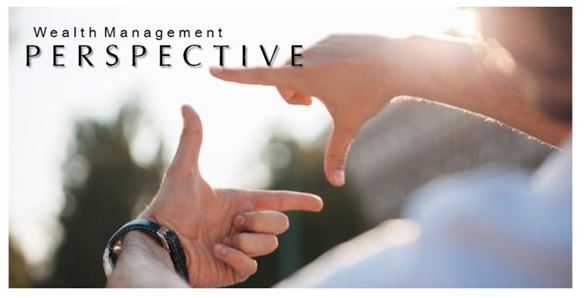 What does all of that mean?

Too often we talk about the market as this nebulous term, an all-encompassing adjective when discussing fluctuation. I would like to take a moment to talk about what this drop means. Nothing. The recent down turn in the DJIA doesn’t mean that much in the grand scheme of things. Let’s take a look at what the DJIA has done over the past year.

Our portfolios are designed to withstand market volatility according to your risk profile.

They are not designed to predict that volatility. We are investors for the long run and are not shaken by short-term price movements. If you are still not feeling confident, below is additional analysis:

The selloff began on Friday after the job report. Wages grew by 2.9% which is the most since 2009, and the economy added 200,000 jobs. Wage growth means lower company profits, which impacts shareholders.

Another reason Wall Street has the jitters – the prospect of inflation. Janet Yellen’s last day was Friday and Jerome Powell took over. Wall Street liked Yellen because she kept interest rates low. While there is no speculation that the Fed will raise interest rates quickly, Jerome Powell is new, and it raised the level of uncertainty, which drives volatility. The problem occurs when the economy starts to grow faster than expected, wages and inflation shoot up, and then the Fed reacts by aggressively raising interest rates. This leads businesses and consumers to close their wallets, and the economy starts to tank.

This dip in the markets does not mean another big recession is coming. The economy is doing quite well. Unemployment is at a 17-year low, hiring is strong and growth is very solid. Companies have more cash on their balance sheet than ever before. Consumers and companies are opening their wallets and spending, and all indicators are that it will keep happening in 2018.

Anytime we see Markets react quickly (especially downward), there is a natural human impulse that occurs. That fear is normal, it’s part of our core, it’s our fight or flight response, our self-preservation.

We have grown used to the market not being volatile over the past 18 months; it is very easy for that to distort our investing view. Don’t forget the DJIA is still up 20% since last year – that is still one heck of a rally. Every bull market experiences an end or a downward swing, but either way that doesn’t mean we are heading towards recession. We are still very optimistic about our strong economy, and continued economic growth.

Be an investor, not a trader. If you have questions please don’t’ hesitate to contact me.