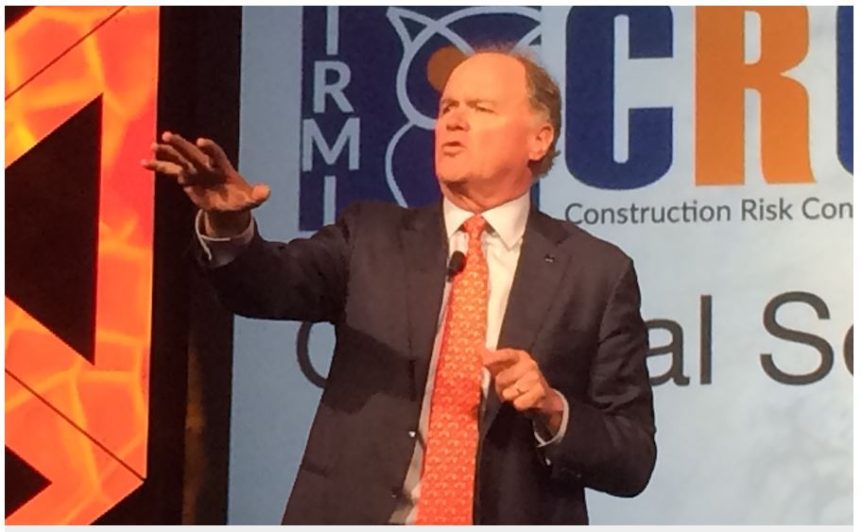 Michael S. McGavick, the chief executive of insurer XL Group Ltd., delivered the keynote speech at the International Risk Management Institute construction conference earlier this month in Indianapolis. A former chief executive of Safeco Corp. and a former candidate for the U.S. Senate in Washington state, McGavick predicted in his speech and in a later interview that construction insurance would evolve as the construction industry adapts to a changing world of risk and liability. “The reputation of our industry as being slow to change is just going to end,” he predicted. Here are a few of his key points, as recorded and edited by ENR Deputy Editor Richard Korman.